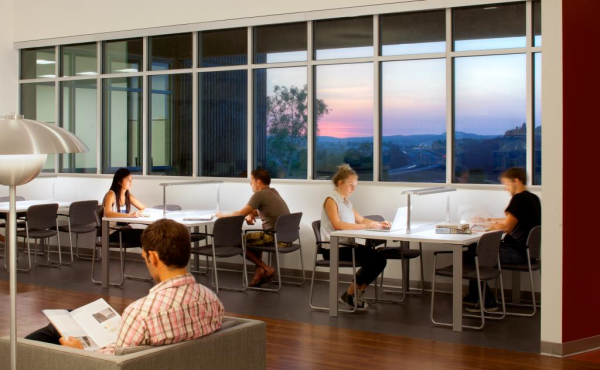 The human body is a complex and wonderful thing that is completely in tune with the environment that surrounds us, even though we sometimes try to block it out. In some buildings, lighting systems and the flow of natural light simply doesn't attain the adequate amount we need.

Being shunned away from light is a relatively new phenomenon in human history. In a modern society that is constantly exposing individuals to more and more to artificial light - especially fixtures like fluorescent lighting and incandescent bulbs - it's no wonder that conditions like seasonal affective disorder and vitamin D deficiency have become a normal part of the lexicon.

There have been countless studies showing the effects that poor lighting - or the lack of it altogether - can have, but there are ways that architects and lighting designers can change that. Most people understand the balance of lighting and circadian rhythm, but few understand the process of photoperiodism, natural light and its important role in human health.

Over millennia, the human eye has evolved into one of the most complex organs in the human body. There is so much more to your eyes than simply your ability to see. According to the National Institutes of Health, both humans and primates have evolved with retina receptors that can encode photoperiod changes to the brain. This directly results in melatonin secretion, and also helps both species fully understand the change in season and daytime.

Scientists even believe that the seasonality of human reproduction can be affected by this phenomenon, as seasonal affective disorder can govern these biological processes. Scientists involved with the NIH believe that the natural photoperiod before the global Industrial Revolution in the Western world was much more robust than it is today. Obviously, this is also the period of time when artificial lighting appeared in every home, office, restaurant and street corner.

LED fixtures are becoming more adept at working with the natural world as more people understand how their exposure to light benefits their health. Much of this has to do with sleep patterns. Although the need for sleep can vary by person to person, the light-dark cycle that we have all becoming accustomed to begins as soon as light is received in your retina. This can alter your behavior and mood, and contribute to physiological and bodily functions on a cellular level.

That being said, lighting systems can help. With dimmers, humans can take it upon themselves to bring in more natural light and help ease themselves into a more natural sleep/wake schedule. This can help us receive the bright light that we need during the day to feel more in tune with the rising of the sun, and help us respond better to sleep in the evenings once the sun sets. While an increasing amount of screen time (i.e. tablets, computers, phones) before bed is also thought to play a role, the vast amounts of artificial light we receive indoors is definitely a major contributor to this problem.

Retrofitting older fixtures with dimmable LEDs could be a great solution in the future to help people respond to photoperiodism, a more balanced sleep/wake schedule and more mindfulness of human circadian rhythm. Daylight and darkness are natural things, after all, and lighting systems should work with them, not against them.