LED lighting designers have a lot more to think about than simply making the next wave of fixtures - they may be playing a pivotal role in the world's well-being. Now more than ever, it seems that there is a more intense focus on lighting systems, exposure to natural daylight, building design and their major impacts on human health.

According to The Washington Post, issues with sleep, moodiness and staying alert can all be traced back to your exposure to light, and the way that buildings are constructed has a lot to do with it. Even though linear lighting design has become very advanced over the years and does its best to mimic solar rays, there is just no question that sun exposure can't be duplicated.

Houses of the Rising Sun

People may not not realize it at first, but the rising and setting of the sun has a direct impact on your body's natural response to, well, just about everything. However, the most obvious aspect of your life that is affected by this phenomenon is your sleep/wake schedule.

There is an entire sect of the medical field devoted to this, and it is called chronobiology. Scientific research in this field has examined the effects of daylight exposure, bodily function and overall wellness. According to the journal Nature, there are several professions and even locations in the world - such as Scandinavia and Canada - that have to trick their bodies into adapting to "biological night," which is usually done in the form of lighting systems.

"If you look at the data for humans, every time they suggested that exercise or food may shift the clock, they also suggest that light may have been involved," Debra Skene, a researcher who studies chronobiology at the University of Surrey in the U.K., explained to Nature.

As technologically advanced as lighting systems have become over the decades, much of chronobiology basically stems down to basic human instincts and our longing to be exposed to as much natural daylight as possible. 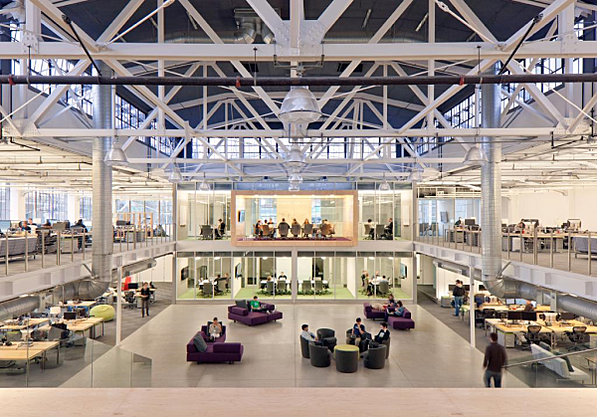 Artificial light doesn't have to be the problem. In fact, many innovative minds in the LED lighting industry and architectural design field believe that they can be part of the solution. Indeed projects like the US headquarters for Atlassian System’s offices in San Francisco manage to balance both quite well. In a former warehouse, start-up staff enjoy a warm, healthy and well lit environment that makes intelligent use of natural light from original clearstories and walls opened-up during remodeling. When appropriate artificial light sources supplement the natural light which can much cooler in temperature to provide a more ideal mix between.

Our world has largely become artificially lit and industrialized, but that doesn't have to be a bad thing. Efficient building design that embraces the natural light - not shuts it out - and fixtures that work with natural daylight could lead to more balanced circadian rhythms as well as more productive and positive lives for all.