While Monday mornings are a bummer for most people around the world, the right lighting can make a dull morning downright refreshing wherever you might be.

Middle East Interiors reported that lighting in office spaces is often not suited to the tasks workers are engaged in, causing decreased productivity and discouraging a positive mood. LED lighting more easily creates a dynamic lighting experience that can be adjusted through dimming controls, and now tunable white light, to fit all tasks and improve employee mood, which in turn bolsters productivity. Furthermore, George Bou Mitri, general manager for GE Lighting's Africa, Middle East and Turkey divisions, told Middle East Interiors that commercial LED lighting is the most suitable solution for these spaces because they are sustainable and also have linear dimming. 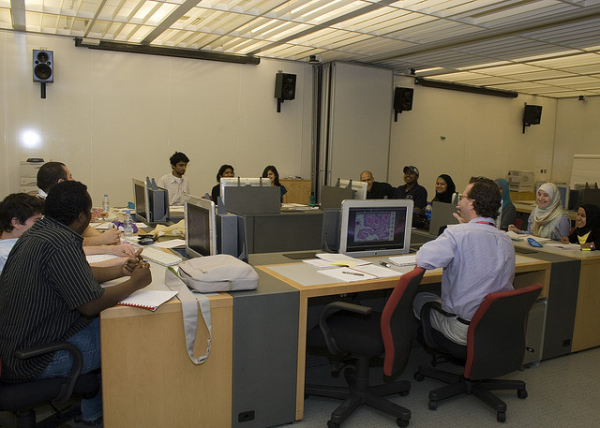 The challenges of office lighting

Many office spaces harbor tasks that are completed on both horizontal and vertical surfaces, which poses a problem when lighting caters to only one or the other. An employee may be working through a stack of paperwork on a desk but may then be required to work with some figures and diagrams on a white board during a meeting. The ligting for both is often identical. Other problems include lighting that is too bright or has too much glare.

The energy savings of LED indoor lighting have been spoken of ad nauseam, especially with 2014 bringing the end of manufacture for 40- and 60-watt incandescent bulbs. However, it's worth mentioning that those energy reductions also often come with omnidirectional lighting, near-perfect color rendering, color mixing abilities and control options.

The combination of these benefits gives users the ability to customize their lighting experience - a major point in favor of LEDs, as control of the lighting in the work environment is a mitigating factor for productivity. Sergio Padula, technical manager of iGuzzini Middle East, told Middle East Interior that such consideration cannot be overlooked, as visual cues have significant influence over both physiological and psychological health. 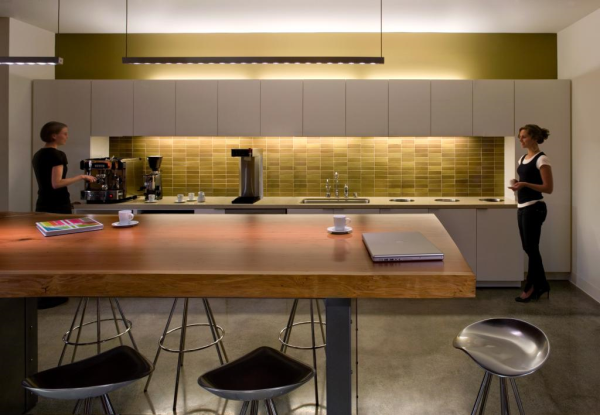 "These include visual performance which depends on illuminance and luminance values on the reference plane; visual comfort which is dependent on multiple factors such as chromatic rendering of lamps and balance of luminance values; while visual setting is the general sensation perceived on entering a place which depends, for instance, on the color of light, its direction and position," Padula said.

LED specification may not be as immediately noticeable as a hot cup of coffee at the beginning of a shift, but it may be enough to further brighten up an employee's day wherever they may be.